Why does time go by so very fast? I recently realised that we have passed the ten year anniversary of the end of the Toybitus web-comic, and therefore LLAP-Goch Productions. That is so crazy.
This got me thinking about the web-comic, all those old toys I used, and some of the things that I may have done differently. One character that definitely would have been in it a lot would have been the Decepticon combiner called Monstructor. That dude was made from six little Pretender robots and was totally badass. Me and my bro owned that toy when we were kids, but one day he took it to his mate's house and it never came back. Nowadays, that toy is one of the rarest and is worth a bomb, and I've always been annoyed with myself that I didn't try to get it back when I was a kid. But back then, I didn't really care.

To make a short, boring story even shorter, I fancied paying homage to Monstructor in some way. I also wanted to try line work in PaintTool Sai, and decided to try and re-create an image of one of the Pretender shells. This is the shell of a robot called Icepick, and according to his bio he's actually very cheerful. Hmmm, looks like it.

I have very much cheated creating this image, as I just traced over the original, but I just wanted the practise. I pasted the original into PaintTool Sai, and used the curve tool to create the lines. Then I threw that into Photoshop, and used shape layers to add the colour. I'm happy with how it's turned out, but it would be nothing like this if I'd done it freehand. 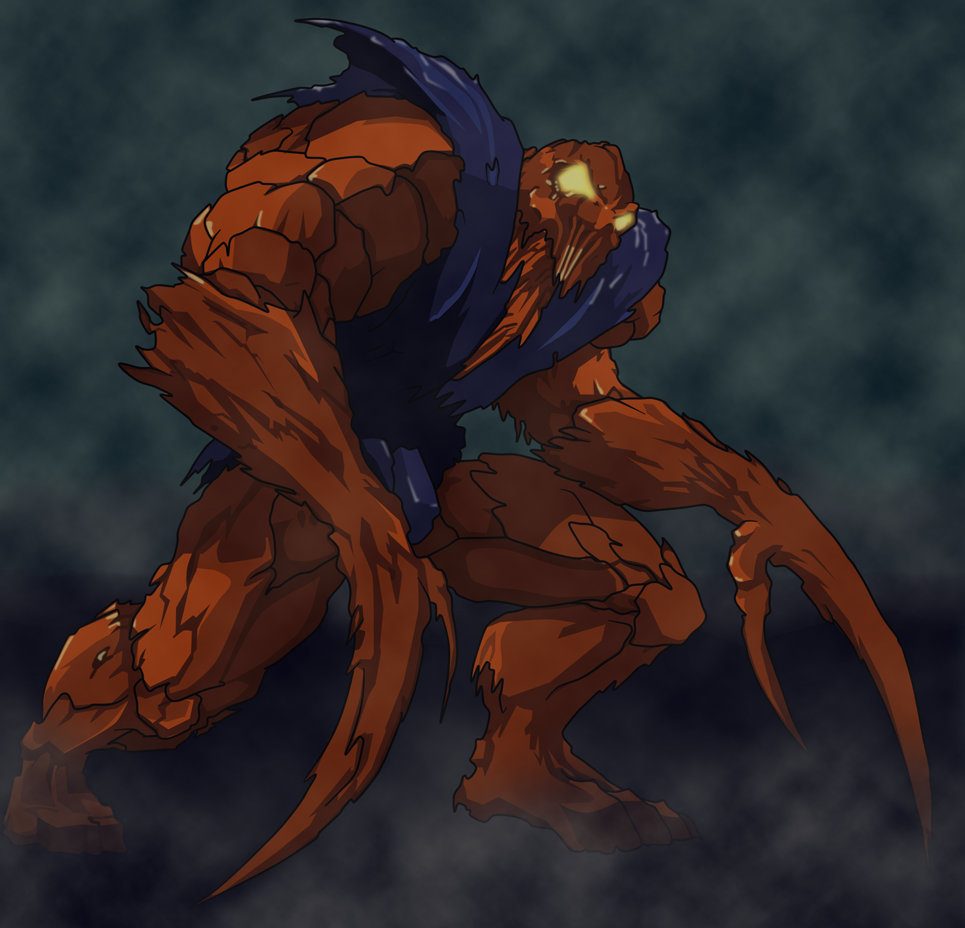 Hope he doesn't pick his nose with those things

I recently watched a Youtube tutorial by Ekaterina Smirnova about painting the Blue Ridge Mountains, and as it looked like a good one for a noob I thought I'd give it a go.
Rather than paint along to the tutorial, I decided to try it later in the day from memory, which was pretty fun to do. Definitely made a few errors mixing the paint and didn't get the transitions right, but oh well.
After that I downloaded a program called PaintTool Sai that looks like good software for line work and inking, but I found it has a mode called watercolour, so I tried the picture again using that. Certainly looks better as it was easier to get the colours right, but I didn't get the sky right at all.
And I definitely need more practise drawing tree branches... 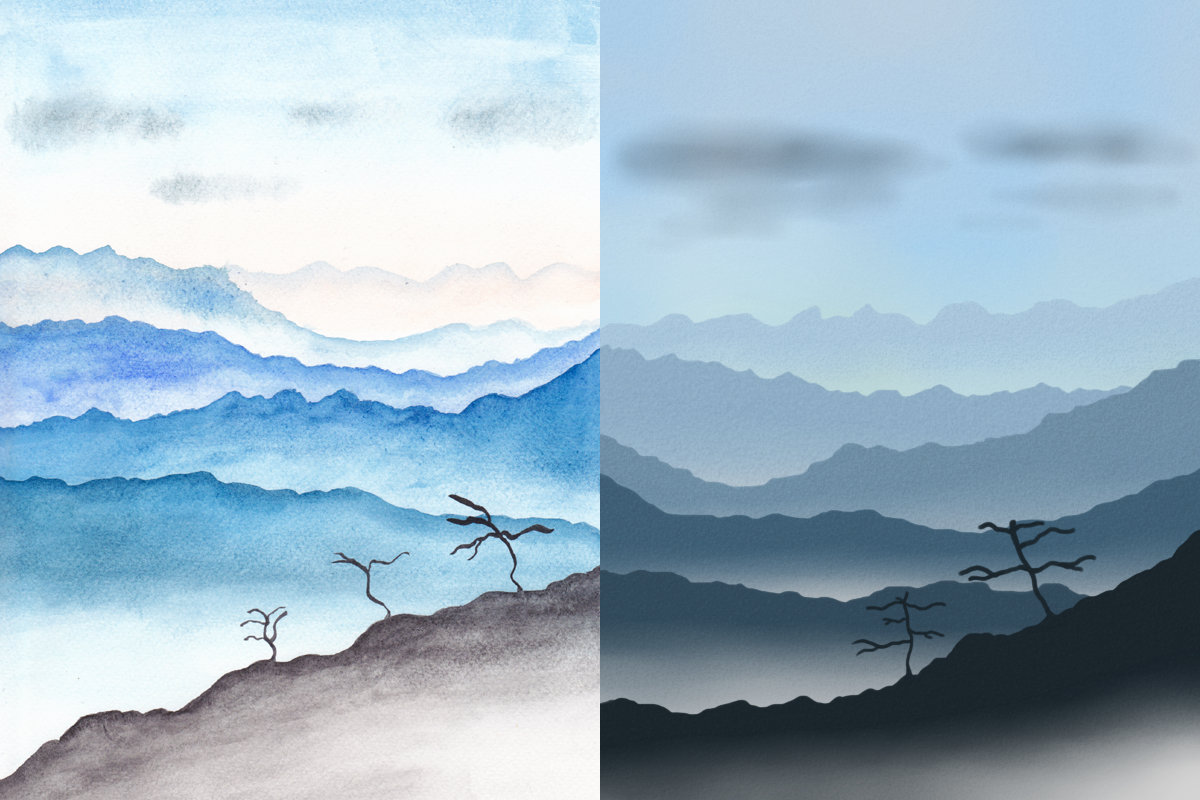 For a long time I've had the desire to try and learn how to create interesting art, and I'm adding this option to my blog in an attempt to push me into it. In this first entry, I'm including the initial artworks I've created using a variety of different techniques. Hopefully as I create and add more there will be at least some indication of progress, but as I want to try as many different kinds of art as possible, I expect the progress in each area will be slow.
Still, it will be better than none at all...

This was the first time in my adult life I actually tried to create some art of any description. It is of a Dark Jedi character from my Star Wars story The Dark Side Of Do'Naar. I'm using this as an indication of my starting skill level for digital artworks:

In 2012 I dabbled a little bit in a program called Daz Studio. This is my one and only attempt so far to create artwork using it. It is a very basic re-creation of Morgana's splash art from League Of Legends. I'm using this as an indication of my starting skill level for CG style artworks: 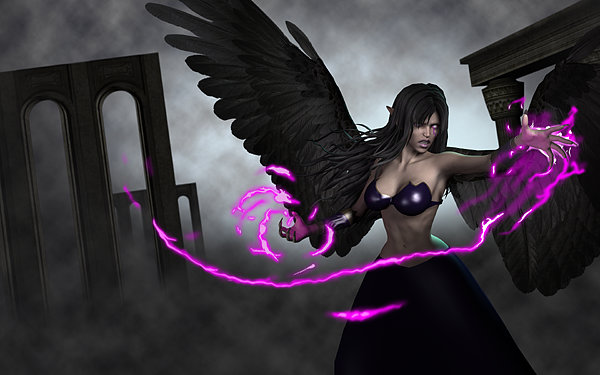