On a brain-challenging note, I've recently started looking into making mods for Dawn Of War. I knew this was possible years ago, but all I did back then was make maps, badges and banners. Rather than use Relic's own tools, I've started learning Corsix Mod Studio. It doesn't help that there are hardly any tutorials for modding out there, and no full manual for either Relic's tools or Mod Studio, but I have managed to get a few things worked out.

I originally wanted to make a mod where all races were combined into one "Apocalypse" race, so everyone would have access to everything in the game, but this baffled me. I have instead chosen to apply my own fixes to the races that currently exist, and make the armies slightly bigger. It's proving fun so far.

That's a lot of Land Raiders 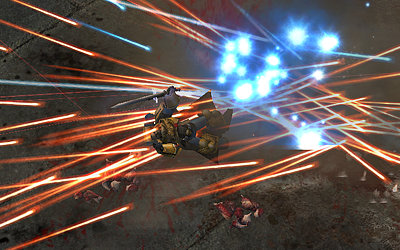 A marathon of an entry kicks off with the completion of another old Amiga game, in the form of Space Crusade. The board game of this got me into wargaming back in the early 90s, and I also played the computer game a little bit with my friends. I don't ever remember finishing a single mission properly, on the board game or the computer game. But that has changed now with this completion.

I know it's old and simple, but the game was a pain to get through. It was just so slow, constantly switching to pointless little animations that got old real quick. I'd have preferred if there was an option to turn those off. There were other annoying things such as the Soul Suckers being present instead of the Genestealers for some reason, and a few graphics bugs, which may have been down to the emulator.

I went into this controlling both the Imperial Fists and the Ultramarines, not knowing that the Blood Angels are supposed to have the best cards. Still, it made it more of a challenge I guess. Overall it was quite easy, up until the last couple of missions anyway. That was when the weaker Imperial Fists got slaughtered twice when under heavy close assault from many enemies. But the Ultramarines with their better close combat cards and medkit managed to forge a path through every level. Kind of a shame, as I prefer the Fists to the Ultramarines, but oh well. 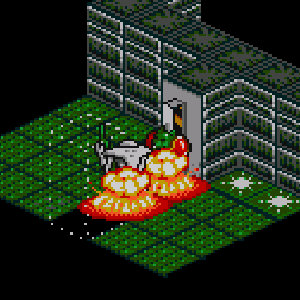 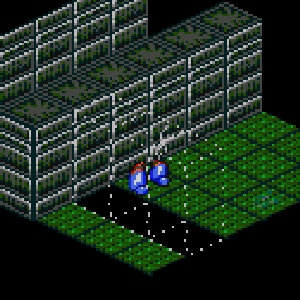 A Marine loses his head, and his body 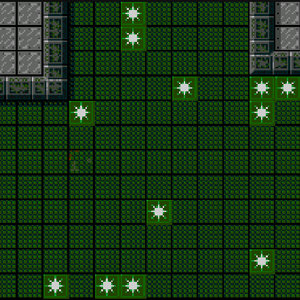 That room is gonna be interesting...

A huge rumble kicks off

Gretchin beat up a Marine 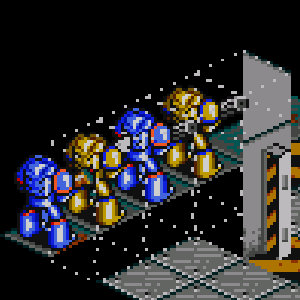 Commander Keifer is killed by a Soul Sucker 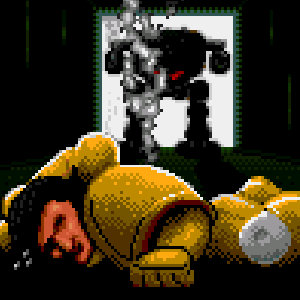 That's a Dreadnought not a Soul Sucker. Silly game. 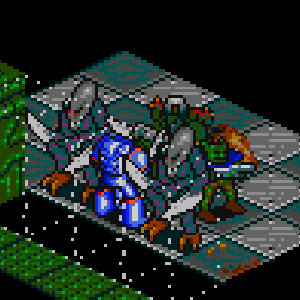 Commander Goldstock fights for his life

Launcher Marine cleaning up the town 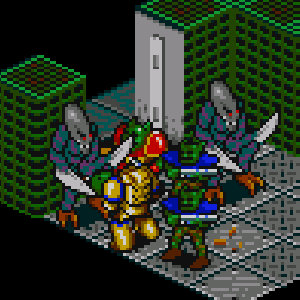 In the final mission, the Fists are destroyed

The Ultramarines are able to destroy the Chaos Cube 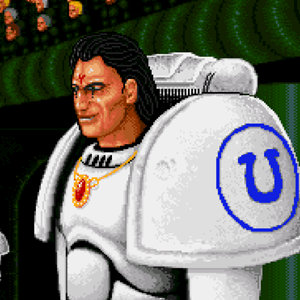 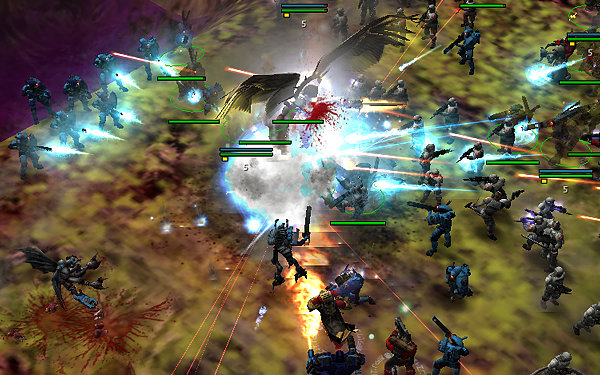 The Living Saint takes a beating 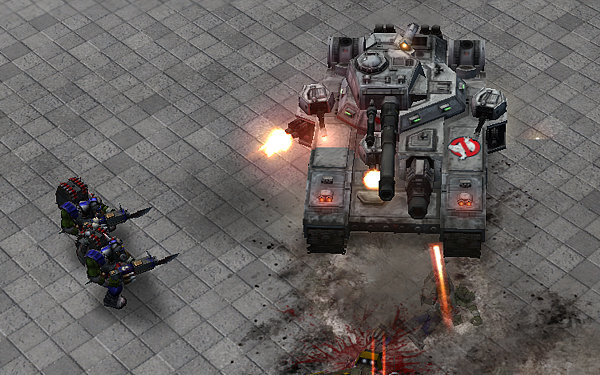 The Ecto-1 sure looks different these days

March of the Necrons 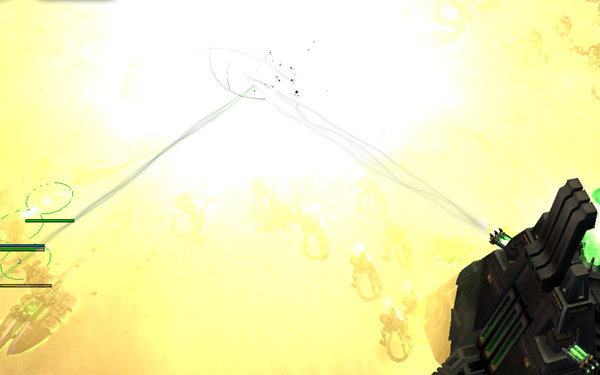 The enemy Necrons stand no chance

Been having some pretty cool games of Dark Crusade recently. First, had a single player skirmish where my Eldar allies ran riot over the enemy, and I decided from then on to give the pointy ears a try. Scoob joined me for a 4v4, and we both went with newish armies, with me being Eldar and him running Chaos. In a monster of a battle that took quite some time, we eventually pushed through to take the win against the Necron and Guard enemies.

Tau and Eldar sort 'em out 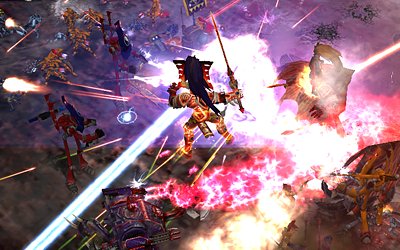 The Avatar leads the attack 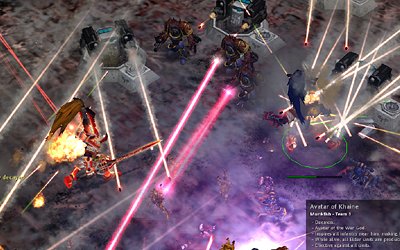 My Avatar gets backup from his bro 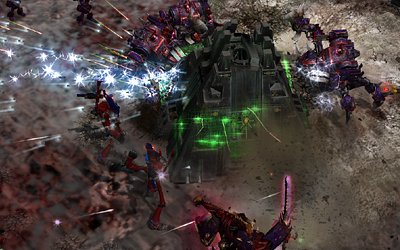 Then JIK joined us for a couple of beastly 4v4 games with us going against full Necron enemies. I ran Eldar again, with JIK Chaos and a Marine CPU ally. For the first game Scoob took Guard. We were under pressure right from the start as 4 Necron Lords tanked the hell out of our few troops, allowing their Warriors to attack unmolested. My base was at the front of our diamond and it soon fell. I started to build another at the rear of our formation but before it was up and running we were overwhelmed. In the second game Scoob switched to Marines. It went pretty much the same as the first game for a while, with my base falling. This time I managed to get the second base up and running, as Scoob with his favoured army and JIK getting back up to speed managed to hold out. I built up a big army and threw them in. It seems that masses of Dark Reapers, Wraithlords and the Avatar can turn a fairly balanced fight quite quickly, and most of their attackers were killed. However, with 4 armies worth of Tomb Spiders and Necron Lords constantly resurrecting in our bases, our defence had to be constant. It took just one lull in the fighting, and I charged my surviving Wraithlords and Dark Reapers at the enemy base, managing to take out one of their Monoliths. From then on we completely steam rolled them. But it was a long, awesome game. 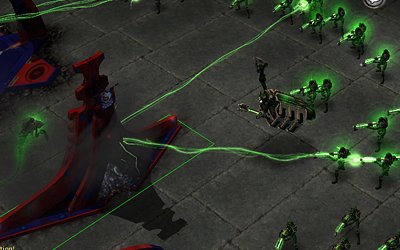 Game 1 - my base falls easily 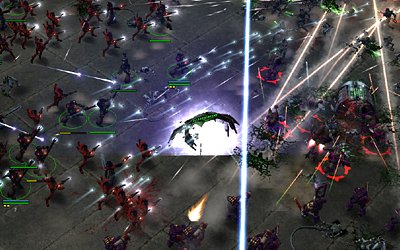 Game 2 - my reinforcements join in 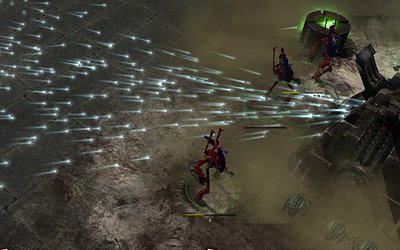 Today me and Mr. Gallear had some games of Dawn Of War to try and remember how to play it properly. As usual I went with the Tau and their amazing plasma firepower. Gallear tried something different than his usual Necrons or Eldar, and went with Guard.

Up first we did an 8 player free for all, with 6 CPUs to fill things out. At first we each had our struggles against CPU players, but forged through them and started to fight each other. As the battle went back and forth, the last two CPU players sat staunchly in their bases, whereas they could have been attacking us and causing problems. Instead, they waited for me to grind Gallear down, and then I was easily able to finish them off.

Up next was a 4v4, and we teamed up to take on the Chaos scum and their traitor Guard allies. This time Gallear chose Eldar, and dominated the enemy from the start with his Wraithguard and Warp Spiders tearing it up.

The Chaos forces are taken out 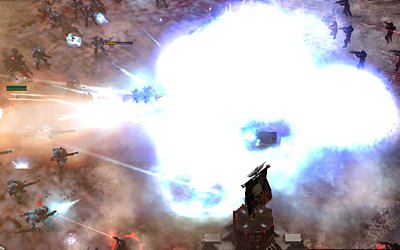 Mayhem breaks out as Tau and Guard clash 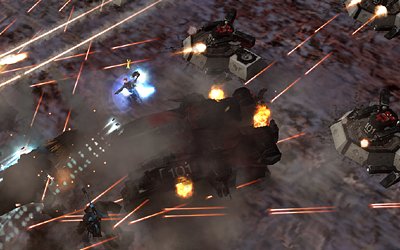 The Guard's defences come under pressure 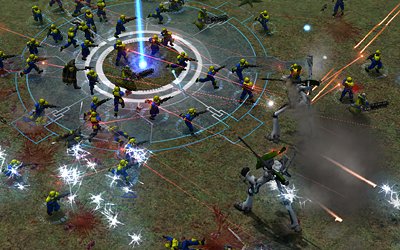 It had been such a long time since we had played it multiplayer. It was good fun just going nuts on the game again.

With the dodgy Planetside 2 being a disappointment and my fascination with LoL pretty much coming to an end, I've decided to push on with the reason for adding computer games to this blog in the first place: finishing games I've not finished yet.
Dawn of War: Soulstorm was up first. Luckily, I played the vast majority of the campaign years ago, and still had the save file. I was the Sisters of Battle, and only had the Space Marines left to defeat. 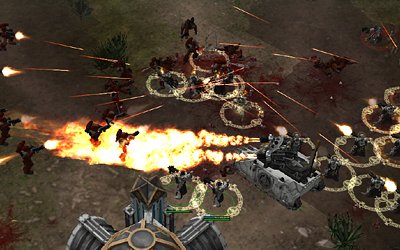 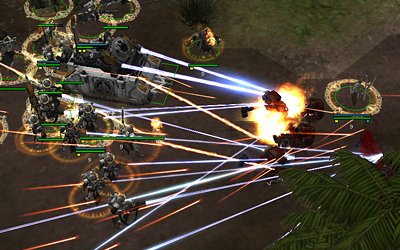 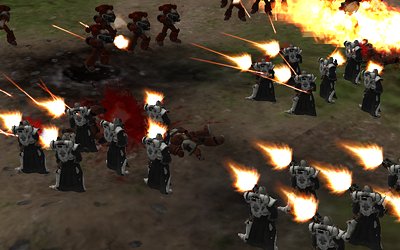 It started out as a bit of a challenge, as I hadn't played the game in months, and was jumping into an attack on an enemy stronghold. But eventually the task ended up being a fairly simple one, and the Marines were crushed. Definitely the least amount of work I will have to do to finish a game on this blog.